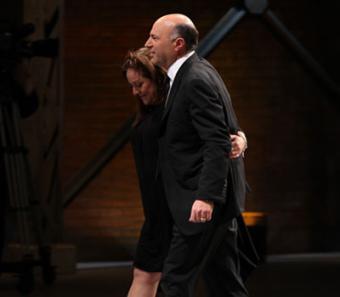 One day, in November 2011, I found myself, with my Freida products, on the popular CBC shoe Dragon's Den. How did it happen?

Well, it had nothing to do with me, ironically! My husband saw that the show was auditioning in St. Catharines. He told me to apply, but I didn't have the time!

So, My husband filled out the paperwork... because he'd seen, over the years, the kind of results my customers got with my products. And he thought everyone needed to know about Freida products.

So, I got a call for the audition!

The audition was right across the street from my spa, here in St. Catharines, at the Greater Niagara Chamber of Commerce offices. So, finished up with a client, and walked across the street.

I showed up, just being me. And, what do you know... they liked my personality, they liked how I presented, so they called me to go to film.

The initial audition was in February and it was May when I went to the CBC studios in downtown Toronto for the filming.

I had to be there for 7am. There were a lot of other people also being filmed. So, I waited quietly and got more and more nervous as the morning went along. 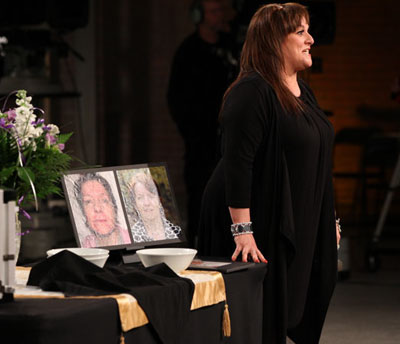 Then it was my turn.

Once I got in and started going, I was fine. I believe so much in my Freida products, its an easy sell as soon as someone asks me to tell them about them.

I showed them the before and afters – real pictures with my real clients.

They told me that they loved everything I had to show them. And I really believe they did.

But they said that my opportunity was as a niche market and they were looking for more established businesses.

All four of them - Kevin O'Leary, Arlene Dickinson, included – they all endorsed me. Live, on air.

The exposure from Dragon's Den was the best thing that ever happened to Freida products.

I was pretty sure, going in, that I wouldn't get any money... they are investing in bigger businesses than mine. But the exposure of being on that show was invaluable. There's no way that I could even begin to create that exposure.

And, the best thing is that my episode of Dragon's Den is still in reruns!! So, people are still seeing it!